Thank you to Julian Bell author of Whatever You Say, Say Nothing, a historical thriller set in Dublin in 1920 and writer of the very entertaining blog: Lifelong Londoner  for his invitation to me to take part in a blog tour, in which writers take turns to answer the same four questions about their writing, and then pass the questions on to another writer.

What are you working on?

My debut historical mystery Death of a Dishonorable Gentleman in The Countess and Mrs. Jackson series is now in production and releases in January 2015!  The next step in this fascinating journey to publication for me as a first timer  is that in the next few months the art department at Thomas Dunne Books/St. Martin’s Press will show me what they have dreamt up for the jacket cover.

In the meantime my second book in the series A Party for Winston is well underway for publication in January 2016.  The story opens in London at a fashionable dinner party thrown to celebrate Winston Churchill’s 39th birthday. After the gentlemen have finished their port and leave the dining room  to join the ladies, one of them is found, by the butler, face down among the walnut shells littering the table with a knife in his 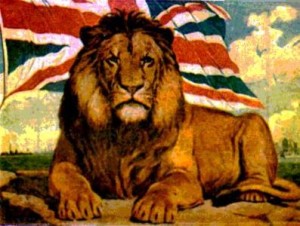 A guest at the party, Lady Montfort is drawn immediately into unraveling a mystery that involves the country’s current paranoia and obsession with German espionage, as half of the government press forward with plans for an unavoidable war with Germany and the other half do everything they can to avoid it.

All of smart London society is busy enjoying the opera, ballet and theatre season as it readies itself for Christmas. Lady Montfort, well connected and invited everywhere, is in a perfect position to unravel the web of secrecy and subterfuge, both real and imagined, at this perilous time. She also personally confronts her fears for her son Harry Talbot, Viscount Haversham, and his determination to join Winston Churchill’s newly formed Royal Naval Air Service as a reconnaissance pilot – should there be war.

As Lady Montfort makes Montfort House her headquarters for the winter season, she sends for her level headed housekeeper, Edith Jackson, and together the two women piece together the events that took place on the night of Winston’s party.

How does your work differ from others of the same genre?

I wanted to write a story that captured the extraordinary wealth and extravagance of the time as well as the social upheaval in a country and era when class mattered to an almost ludicrous degree. There was a tremendous gap between the haves and the have nots in England before the Great War, and I wanted my two women sleuths to be representative with contrasting backgrounds.

Clementine Elizabeth Talbot, the Countess of Montfort, is perched almost at the top of the tree; her father was the Governor General for Madras, and her husband is one of the richest landowning peers in England. So Clementine embodies both colonial  Empire and the landed aristocracy. The Talbots lead a life of boundless luxury and privilege, but truly believe in their responsibilities as stewards of the land they are privileged to own. Clementine leads a pretty carefree existence and enjoys a lifestyle that was to completely disappear in England with the outbreak of the war in 1914.

Edith Jackson is from the laboring classes, raised in a parish orphanage to become a working skivvy in a middle class house at fourteen. She has taught herself to read and write and struggles for a better life. When the story starts she has made it to the top of her profession and is deeply proud of her status as the Talbot’s housekeeper for their beautiful country house Iyntwood. As a result of her humble background Mrs. Jackson is a far greater snob and much more conventional than Lady Montfort.

I didn’t want the series to be a history lesson, but accurate historical details, and the history of the time is very important to me. I have always admired the writers E.F. Benson, P.G. Wodehouse and Nancy Mitford, so I hope I have mingled historical elements and fiction in the lighthearted style of the time; where people are set up to be made gentle fun of. After all, there is nothing more enjoyable than laughing about the pomposity and self-importance of the overly conventional – especially when they are English.

Why do you write what you do?

I am fascinated by the early 1900s. The Edwardian era was a sort of see-saw period; a time of contrast without the heavy handed morality and pomposity of the preceding Victorian era, but still hidebound in its rigid class demarcations.

A strong Liberal Government was making great strides with social welfare reforms and the working people had found a voice through socialist leaders and trade unionists, especially those in the larger towns and cities. In Parliament, the House of Lords had been stripped of its power of veto so that the Peoples’ Budget could be passed to accommodate reforms for the laboring classes, but at the same time there were many aristocrats in government who led the country forward to a better life for the working poor. This sort of conflict struck me as a perfect background for an elegant, historical mystery series.

Many of the Edwardian upper classes were quite outrageous and extraordinarily self-indulgent, but they thoroughly enjoyed themselves and were up for anything, which makes for great country house storytelling. And even with entrenched social conformity across all classes, there were dozens of captivating eccentrics who populated the era and who I write about in my blog: Redoubtable Edwardians.

How does your writing process work?

I truly believe that ‘bum glue’ as Elizabeth George calls it, is key. If you don’t sit down and focus on the business of writing every day nothing is going to happen. All the writing workshops, writers groups and conferences are useful, though they are no substitute for hard slog. My next aphorism ‘revision is the writer’s best friend’ (and I can’t remember who I am quoting here) is just as vitally important.

So far as process is concerned, I dream up ideas for a story and mull them over as I weed the garden, cook lunch and fold laundry. Then I write up a brief synopsis and plot out a story line. This doesn’t mean I stick to it because I often don’t, but it helps me in the process, so I don’t get to the middle of the novel and feel insecure about what happens next. I write biographies for my characters: what they look like; what they think, do, like and dislike, and when these people really ‘live’ for me and I feel I know them. I sit down and write the story.  This is the most fun part. Then its revise, edit and polish over and over until the story feels smooth.  Oh, and somewhere in there when I think I might be done, I put the whole thing aside for at least six weeks.  When I return I discover all the glaring mistakes and the unnecessary bits…and it is usually at this moment that however much I sometimes love a bit I have written, if it doesn’t work to push the story forward I reluctantly let it go. 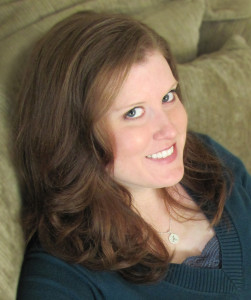 music and a minor in psychology. She currently resides in Indiana, and when not working on her next book she enjoys reading, singing, traveling and spending time with her family. Her latest novel, A Grave Matter, Lady Darby Book 3 releases on July 1st, 2014.