Making do in WWII

I have just made–even if I say so myself–a spectacular dinner: roast p 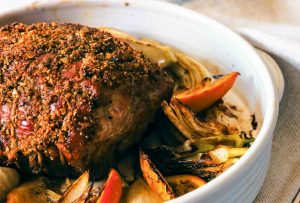 ork with scallions and fennel, and buttered cabbage. A simple luscious meal for a cold autumn evening. I didn’t have to queue for an hour at the butcher to choose between gristly mutton, or . . . gristly mutton (or scrag end as my granny used to call it). I didn’t have to worry about whether I had brought a ration book for every member of my family with me, and there was more than enough for everyone at our dinner table. It was the abundance of everything we could possibly want, or imagine we want, as I shopped at my local supermarket that made me think of WWII and the terrible food shortages in Britain. 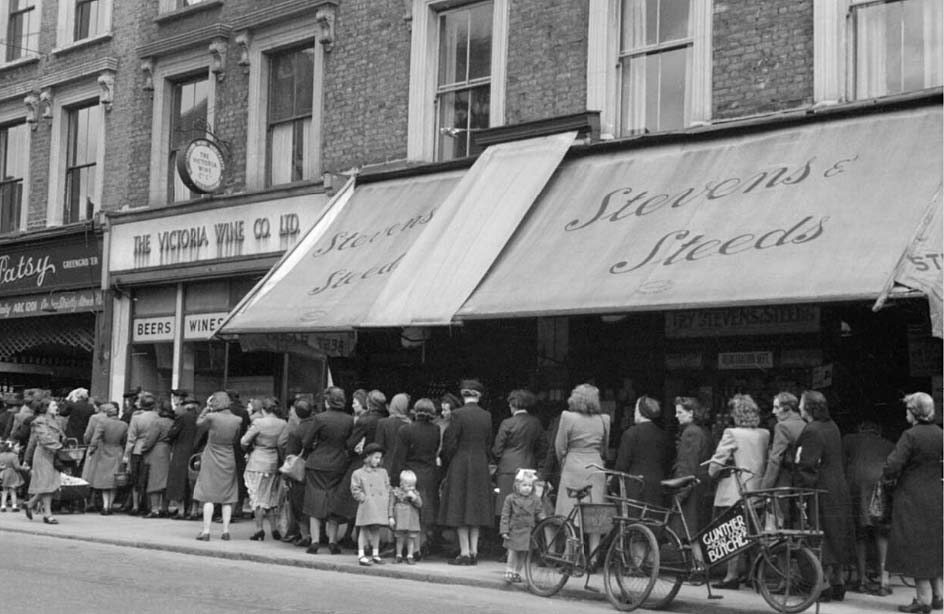 sugar or meat–for five years? Food wasn’t the only staple that was scarce either. Coal and petrol were heavily rationed. Imagine trying to buy new shoes for the kids when there aren’t any. Hand-me-downs were no longer family affairs but organized events within villages and towns! My grandmother told me that rationing was bearable because  everyone was in the same boat. You shared recipes with your neighbors, swapped a jar of honey for eggs, and if you lived near a river you sent your middle-schoolers off to fish. Making half a pound of mutton for a family of four stretch for a week was a huge challenge, so you had to be creative, and if you were cold you just put on another sweater!

With a civilian population of 50 million the tiny island of Britain imported most of its food before the war. It became the principal strategy of the German war department to attack shipping bound for Britain, restricting British industry and potentially starving the nation into submission. 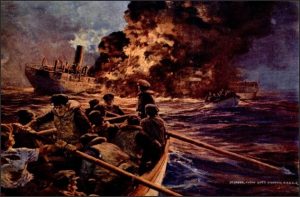 Petrol use was restricted as soon as Britain went to war. A few months later bacon, butter and sugar were rationed, and by August 1942 almost all foods were rationed except for vegetables and bread. Milk was available for children and it was thin and watery. By the time the war ended in Europe there were children who had never eaten a banana and who thought of an orange as a rare treat.

Ration books were issued for each member of the population, and shopkeepers cancelled 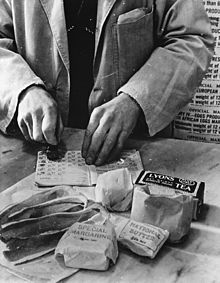 food tokens with a rubber stamp. It was impossible to buy any controlled foods without producing a ration book, so if you went to stay with your friends or family you took your ration book with you. 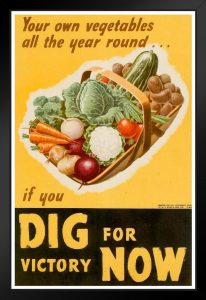 and vegetables, and people who lived in the country could shoot game for the dining room table, and go fishing. As the war progressed even wild caught rabbit grew scarce.

Restaurants were prevented from serving more than three courses for dinner, which was considered restrictive when a celebratory evening out in a restaurant before the war consisted of at least five courses: hors d’oeuvre; soup; fish; game or meat; and pudding. Restaurants could only charge a maximum price of five-shillings for the meal itself, except for luxury hotels and clubs who were quick to add on all sorts of extras, especially if they offered a cabaret, or a band for dancing, not to mention a hefty price tag for a bottle of wine.

Coupons were required for even the simplest needs: clothing, fuel, and soap were in short 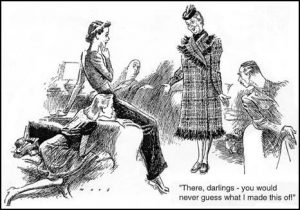 supply even if people saved their coupons. The paper shortage referred to in Poppy Redfern and the Midnight Murders, when Poppy’s book is accepted by a publisher but could not be printed due to the restrictions on paper use is a perfect example of how scarce paper had become! Radio broadcast news became popular with the drop in newspaper production and continues on to this day.

As for beer, it was considered essential to the morale of both troops and civilians, so it was 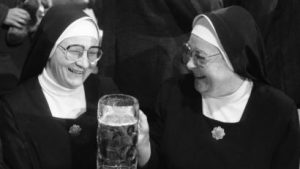 never rationed—and the government actively encouraged women to drink beer to help them cope with life on the Home Front as they juggled feeding their families, working for the war effort, and learning to “Mend and Make Do!”

This entry was posted in Stories behind POPPY REDFERN AND THE MIDNIGHT MURDERS, Uncategorized. Bookmark the permalink.