Iyntwood and the Chocolate Challenge

Thanks to author Martine Bailey for inviting me to take part in her Chocolate Challenge in which we choose three of our favorite books and liken each to dark, milk or white chocolate. Martine is author of: An Appetite for Violets, a suspenseful tale of obsession, betrayal and food to be released in January 13, 2015 by Minotaur Books. I have read it and it’s a fascinating and beautifully told tale. 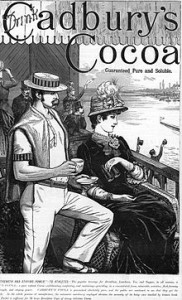 Here are three wonderful books that still stand the test of time chosen by characters from Death of a Dishonorable Gentleman each of them matched to the very distinct flavors of chocolate.

Never one for modern literature Mrs. Jackson, Iyntwood’s housekeeper, is a stickler for the classics. She is well into The Woman in White by Wilkie Collins and simply can’t put it down! Written in 1859 this dark Victorian thriller and compelling melodrama has a tight plot riddled with betrayal, brutality to women, mistaken identity, murder, madness and love. Mrs. Jackson is particularly drawn to the book’s perspicacious and courageous heroine Marian Halcombe with whom she closely identifies. Marian with her sleuthing partner, drawing master Walter Hartright, pit themselves against the diabolical team of Count Fosco and Sir Percival Glyde to save Marian’s half-sister Laura Fairlie from their pitiless clutches.

Mrs. Jackson’s worst suspicions of married life are once again confirmed with Laura Fairlie’s victimization by her newly acquired husband the sinister Sir Percival Glyde, a villain only overshadowed in black-hearted doings by his partner in crime Count Fosco. 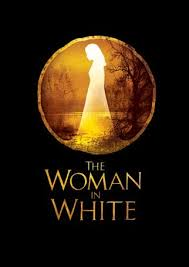 Collins’s psychological thriller has never been out of print in the 140 years since its publication.

The Simple Unsophisticated Goodness of a Box of Cadbury’s Milk Tray – A Room with a View by E.M. Forster

Clementine Talbot, the Countess of Montfort, often indulges in a quiet afternoon on the lawn under the chestnut tree with a good book. This summer she is thoroughly enjoying a re-read of E.M. Forster’s A Room with a View. Published in 1908 to both critical and popular acclaim, A Room with a View is a charming but nonetheless insightful comedy of manners that owes more to Jane Austen than perhaps any other of Forster’s works. The central character is a muddled, over-protected and rather spoilt young girl named Lucy Honeychurch, who runs from the man who stirs her emotions to become engaged to a pretentious snob, and then at the end of the story goes through a complete about face and marries for love. Its moral is as sweet and simple as a box of chocolates: throw away your etiquette book and listen to your heart!

Lady Montfort is entranced by the straightforward ease of this idea. She has one daughter left to marry-off and she is often bewildered by Althea’s determination to remain unattached and travel the world. She wonders if it would be best to allow Althea to accompany her friends on a trip up the Nile to Thebes instead of pushing her into repeating the London Season and perhaps into a marriage Althea might regret. 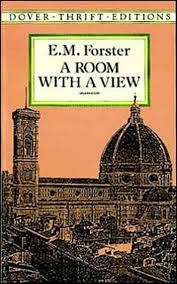 In Chapter Three of this book, coyly entitled “Music, Violets, and the Letter ‘S,’” the mysterious letter stands for a naughty word that is absolutely unutterable in the society Forster describes. What, you may ask, could this forbidden word possibly be? We begin to wonder what E.M. Forster’s really doing. Surely this sense of taboo indicates that this “Room” contains deep, dark, sexy depths? What does the letter S stand for? Stomach.

Iyntwood’s butler, George Hollyoak, has both an extraordinarily sweet tooth and a taste for British imperialism in his reading that never cloys. It is Hollyoak’s love of all things Empire that prevents him reading anything published after the turn of the century and his small library is brimming with the works of Rider Haggard who never disappoints him. Hollyoak is currently in the grip of Rider Haggard’s King Solomon’s Mines (1885) which in the butler’s opinion is the Most Amazing Book Ever Written. As he avidly follows the explorations of the great white hunter and man of derring-do, Allan Quatermain, who travels to Africa in search of ancient treasures and a lost fellow explorer, Hollyoak is transported from the prosaic safety of the Anglican Isles to a Continent Teaming with Savagery. King Solomon’s Mines is a veritable feast of action, suspense and Victorian romance that illuminates the politics of British imperialist capitalism and diamond mining in late nineteenth-century South Africa keeping the butler turning pages long into the night. 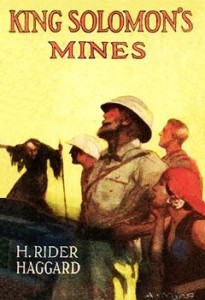 When Haggard had become a successful novelist, he was contacted by a former love, Lilly Archer, née Jackson. She had been deserted by her husband, who had embezzled funds entrusted to him and fled, bankrupt, to Africa. Haggard installed Lilly and her sons in a house and saw to the children’s education. Lilly eventually followed her husband to Africa, where he infected her with syphilis before dying of it himself. Lilly returned to England in late 1907, where Haggard again supported her until her death on 22 April 1909.

Next up on the Chocolate Challenge are:

Ashley Weaver whose mystery Murder at the Brightwell, a delicious novel in which murder invades polite society and romance springs in unexpected places will be released by Minotaur Books in October 2014.

D.E. Ireland whose mystery Wouldn’t It be Deadly? a reimagining of George Bernard Shaw’s beloved characters Eliza Dolittle and Henry Higgins is sheer pleasure and will released by Minotaur Books on September 2014

This entry was posted in Uncategorized. Bookmark the permalink.