Drinking Tea and the Rules of Engagement

The hedonistic age of Edwardian Britain for the idle rich and leisured classes abounded with every possible pastime, as it was out of the question to be of society and to work for a living. For men these interests varied from traditional roles in politics, government and the stewardship of their bountiful and productive acres, to archeology, architecture, breeding horses, or a dabbling interest in science. For their wives it was a far narrower field. 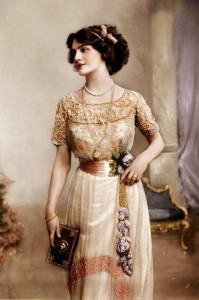 In between breakfast in bed now that she was married, luncheon, tea time and dinner, the beautifully dressed Edwardian woman in London managed to squeeze in a gallop along Rotten Row, a fitting with her modiste, visits to the London galleries and perhaps a leisurely hour to herself with the latest novel, before a round of formal social occasions in the evening. 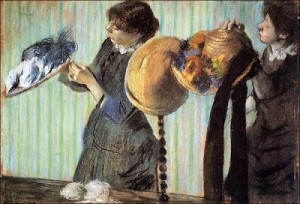 A Saturday to Monday in their country houses in summer were spent playing or watching lawn-games: cricket, tennis and croquet; picnics, boating on the lake, and visiting neighboring houses to do much of the same. In autumn and winter there was foxhunting in which women were welcomed to participate (seated side-saddle although some hunts grudgingly accepted riding astride) and wives were expected to provide support and watch their husbands shooting at various country estates, or accompany them for deer stalking in Scotland. 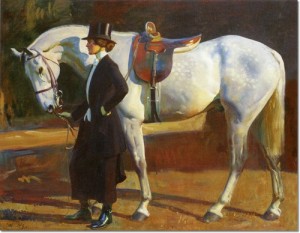 After dinner, no matter where they were, Edwardians of both sexes loved to play cards. Gambling was immensely popular and both men and women played for high stakes usually well into the late night hours. 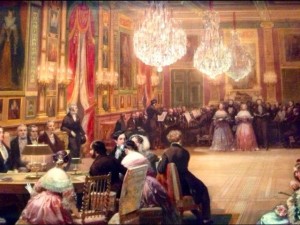 And then there was tea-time that quiet hour in the day between five o’clock and dressing for dinner, when a lady was ‘not at home’ to her friends but otherwise engaged in what the French called cinq à sept and which had nothing whatsoever to do with drinking tea. 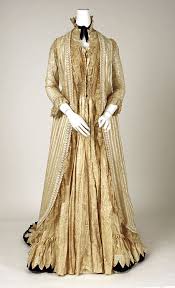 Extra marital affairs were made fashionable by the Prince of Wales who later became King Edward VII. Bertie was particularly partial to other men’s wives, especially the wives of his friends.  His current mistress was always included on the guest list of a country house Saturday to Monday.

Infidelity was a pastime; entirely accepted, thoroughly practiced, carefully organized and with only one proviso: discretion. All these clandestine tea-time visits in London, little liaisons at the National Gallery, and corridor creeping in country houses at night were never referred to.  But of course people knew, it was just never directly spoken of in society; gossip was after all another of society’s pastimes. A lady’s change of lover must never be the subject of common gossip. 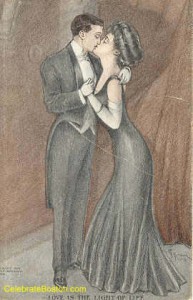 The Edwardian age for the idle rich and the aristocrat was one of refined hypocrisy, with clear unspoken rules to safeguarded society from the distress of stupid blunders, quarrels at gentlemen’s clubs, and the divorce courts. Good manners counted for everything and it was considered ill-bred to show emotion. So here are some of the unspoken rules that kept infidelity in marriage a pleasant pastime. 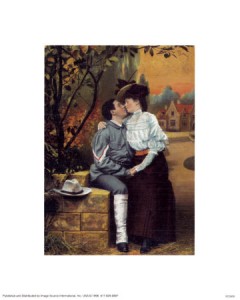 Here are the unspoken Rules of Engagement:

Only when a wife had produced an heir, and a spare, was she free to take a lover or two.

The overriding consideration was that there must be absolutely no exposure of any misconduct. Emotional displays were offensive and smacked of middle-class morality.

The unforgivable sin was to bring disgrace among those in polite society, thereby letting down the side. Respectability was for the middle-classes, discretion for the uppers.

A lady’s name may appear only three times in the newspapers: at her birth, her marriage and her death.

Divorce was unthinkable, and if one was stupid enough to seek a divorce one had to be prepared to be excised from society to live on the Continent until the rest of society chose to forget.

The hours of cinq à sept were so called because this was a convenient time for a woman’s lover to call for ‘tea’. Thus the invention of the tea-gown an elegant but, loose fitting gown worn without the confines of a corset

Country house liaisons were easy after lights out. Each bedroom door had a little card holder bearing the name of its occupant. One mischievous guest exchanged the name card of a particularly active lady with that of a Bishop. The poor man was awoken at one in the morning by a boisterous and randy earl clambering into bed with him.

A six o’clock bell was rung at country house parties, to give visiting gentleman time to get back to their own rooms well in time for valets and maids to find them there.

It was always up to the woman to ensure discretion; she must choose her lovers with care and never risk discovery. Love letters were burnt, assignations made in public by code, the thrill of planning and the chase were possibly more rewarding than the act of love itself.

Gentleman, always so much more independent in their lives, sometimes had an established relationship with a mistress. An attractive woman, not of their class or back ground and sometimes a professional entertainer, who provided them with sexual pleasure without the tedium of co-habitation. Maida Vale in London was a favorite neighborhood to set up a mistress in her own establishment.