Thanks to Lyndsy Spence of The Mitford Society’s invitation to write a blog for ‘Meet My Main Character,’ I have the opportunity to introduce Redoubtable Edwardian: Clementine Talbot, Countess of Montfort the shining star of my novel:  ‘Death of a Dishonorable Gentleman.’ 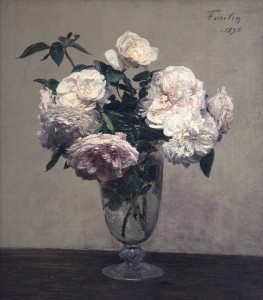 1.  What is the name of your character? Is she fictional or a historic person?

Clementine Elizabeth Talbot, The Countess of Montfort is a figment of my imagination.

2. When and where is the story set?

England, at Iyntwood the country estate of the Earl of Montfort.  In the particularly lovely month of June in 1912.

3. What should we know about her?

That she has reached that wonderful time in a woman’s life when her children are grown and busy about their own lives. At 42 Clementine is in her prime with handsome, good looks that have worn reasonably well over the years; her vitality is probably her most attractive quality.

Clementine has a great life: she has a wonderful relationship with her husband; lives in one of the most beautiful country houses in England and is a busy and purposeful woman with a passion for gardening. A pretty lucky woman by any era’s standards!

Curious, involved and very much aware of what is going on around her in an age famed for its entrenched snobbery and obsession with class and status, Clementine is fully conscious of her position in society, but has the wit and intelligence to transcend the rigid formality and constraints of being the wife of an aristocrat. Probably her greatest flaw is that she is often impatient, restless and even at her age, impetuous. She can also be a bit willful if she is thwarted.

4. What is the main conflict? What messes up her life?

Black sheep: murdered and otherwise; a bungled police investigation which threatens to lead to the arrest of Clementine’s son; a runaway housemaid with nowhere to run to; and the disappearance of a wayward young woman who is a guest in her house. All are elements which seriously conspire to ruin Clementine’s house party to celebrate her annual summer ball.

5. What is the personal goal of the character?

Clementine breaks all the rules by conducting her own investigation into the murder of her husband’s nephew. She also ropes in her housekeeper to help her. Two serious no-nos for a woman of her position. Along the way she discovers more about her friends’ lives than she wishes to and forms a friendship with her servant, Edith Jackson.

6. Is this a working title for this novel, and can we read more about it?

‘Death of a Dishonorable Gentleman,’ will be published in January 2015 by Thomas Dunne Books/St. Martin’s Press.

This entry was posted in Characters in fiction, Redoubtable Edwardians. Bookmark the permalink.