A Woman of WWII mystery series

Poppy Redfern and the Midnight Murders

A Woman of World War II, Book One 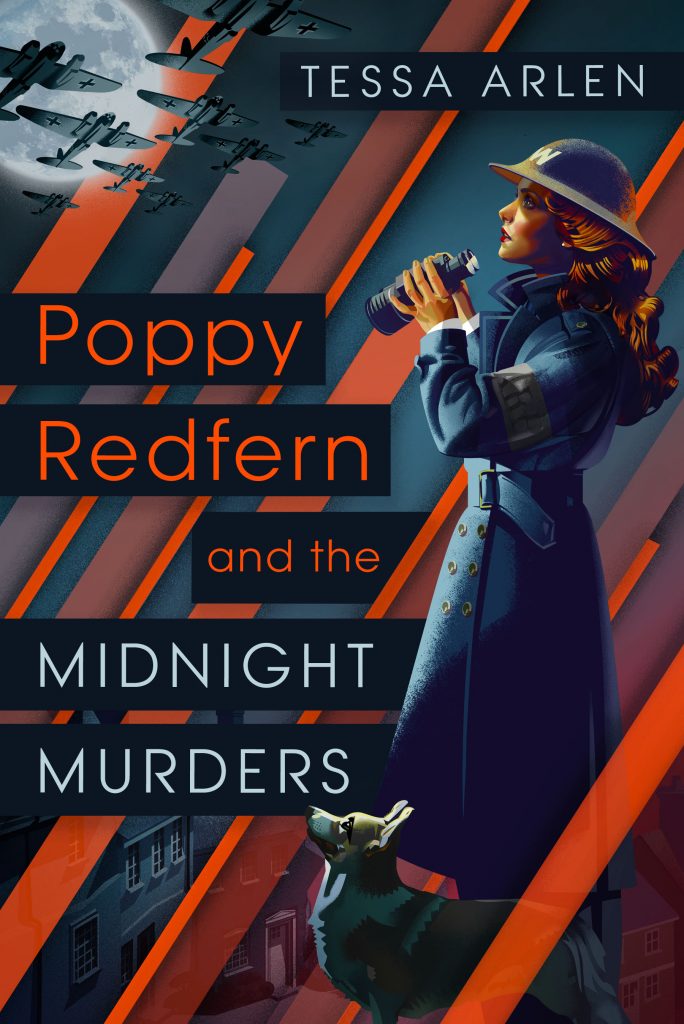 Summer 1942. The world has been at war for three long and desperate years. In the remote English village of Little Buffenden, Poppy Redfern’s family house and farmland has been requisitioned by the War Office as a new airfield for the American Air Force. As the village’s Air Raid Warden, Poppy spends her nights patrolling the village as she tries to ease her neighbors’ fears about the “Friendly Invasion” and what it means to their quiet way of life.
When two young, popular women who were dating American servicemen are found strangled, Poppy quickly realizes that her little town has been divided by murder. The mistrust and suspicion of their new American partners in war threatens to tear Little Buffenden apart. Poppy decides to start her own investigation with the help of a charismatic American pilot and she soon unearths some chilling secrets and long-held grudges. Poppy will have no choice but to lay a trap for a killer so perilously close to home, she might very well become the next victim….

Advance Praise for Poppy Redfern and the Midnight Murders:

“The author presents an English village peopled with strongly individual characters given to gossip, intolerance, warmth and mutual support.. . It’s as if the author is addressing the reader individually, inviting each of us to share moments of humor with her, including us in the poignancy of certain moments and sensing we will understand how annoying some people can be.. . This personal touch and warm understanding were an unexpected pleasure. Highly recommended.” – Editor’s pick, Historical Novel Society. Full review available here.

“Arlen deserves several thumbs up for this one. . . along with capturing the ambiance of the era, Arlen also has the
gift of keeping the reader guessing.  Just as one likely suspect steps to the fore, another pushes him or her
out of the way. A fine start to a new series. ” Ilene Cooper — Booklist.

“Vivid settings and high emotions keep the suspense at fever pitch, but it’s the characters that make Arlen’s series kickoff such a stunner.” – Heather Seggel,  BookPage

“History, suspense, and an appealing heroine combine in a series debut that should attract war buffs and many others.” – Kirkus Review.  Read full review here

“Absolutely smashing! Arlen pens a dynamite beginning to a new series, filled with wartime suspense, skillfully wrought emotions, and a liberal dash of romance. Readers will fall in love with clever and quirky Poppy Redfern and the colorful villagers of Little Buffenden, as well as their dashing new neighbors—the American Airmen.” – Anna Lee Huber, bestselling author of the Lady Darby Mysteries

‘This engaging mystery introduces an intrepid new sleuth in Poppy Redfern and draws us into the lives of a small  English village, upturned by war and  the unexplained murders of two young women. I was enamored by the story and the residents of Little Buffenden from first page to last.  Three cheers for Poppy! Shelley Noble, New York Times bestselling author of Ask Me No Questions, A Lady Dunbridge mystery.

“The enemy doesn’t stand a chance with courageous Poppy on patrol. You’ll love this character so much you’ll want her as your best friend. I know I do! I can’t wait for the next Woman of WWII Mystery! ” —Alyssa Maxwell, author of the Gilded Newport mysteries and a Lady and Lady’s Maid mysteries

“Poppy Redfern and the Midnight Murders is a WWII gem of a novel with such a strong sense of time and place, you feel like you’re there.  Filled with characters you’ll want to meet again, it’s a compelling mystery that grabs the reader from the very beginning! A must-read for fans of historical fiction.” Emily Brightwell author of the Mrs. Jeffries mysteries