I am delighted to announce that my first historical novel will be released  June 2021!

The story of Marion Crawford, governess to the Princesses Elizabeth and Margaret 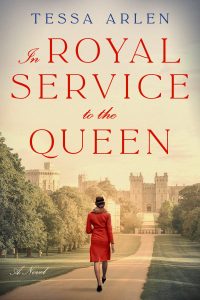 Princess Elizabeth has fallen in love and no one in the Royal House of Windsor is happy for her–except her governess, Crawfie, and her younger sister, Princess Margaret Rose.

My new historical fiction: IN ROYAL SERVICE TO THE QUEEN is based on the little-known true story of Marion Crawford, who spent sixteen years in service to the British royal family as the beloved governess of young princesses Elizabeth and Margaret, and whose troubled relationship with the Queen ultimately forced her to choose between her loyalty to the crown and her own happiness.

Crawfie was ‘recruited’ by the then Duchess of York, later Queen Elizabeth, when she was twenty-two, as a governess to the princesses Elizabeth and Margaret Rose. “Nothing too academic or rigorous,” the Duke of York (later to become King George VI after the abdication of his brother King Edward VIII) warned the young governess. “I want them to have fun.” And so Crawfie spent the next decade doing all she could to give the princesses as normal a childhood as possible given the formality of royal life in Britain in the 1930s.

But the little princesses grew-up, and when Crawfie believed she could marry and start a family of her own, Princess Elizabeth fell in love with the last man her mother would have chosen for Britain’s heir presumptive to the throne.

This is the story of a strong minded queen, a dutiful princess who has fallen passionately in love, and a governess who put her life on hold to serve the royal House of Windsor . . .