Daisy Brook and the Imprudent Letter

Daisy Brook, who later became Daisy Greville, the Countess of Warwick, was one of the early Edwardian era’s great beauties and the center of it’s many scandals.

She featured in DEATH OF A DISHONORABLE GENTLEMAN as an example of imprudence and reckless behavior. “I will not be used as an example of indiscretion for generations of silly girls, like poor Daisy Brook,” cried one of Clementine’s friends when discovered to be involved in an illicit affair that might become public.

Daisy was called the Babbling Brook because her many clandestine affairs were well known in Society, usually leaked inadvertently by Daisy. It was quite fashionable for a married woman to take lovers – but very unfashionable to be indiscrete. 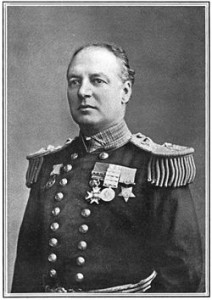 In her early marriage to Lord Brook Daisy fell in love with Lord Charles Beresford – a serial lady killer with a long-suffering, plain wife who was also extremely rich. Daisy was so in infatuated with Lord Charles that she burst into Lady Charles’s bedroom at a country house party and announced that she and Lord Charles were passionately in love and were  going to elope. Lady Charles put up with a lot from her husband, but this sort of dangerous impetuosity from his mistress would not be tolerated. Rich wives have a lot of clout with their husbands, Lady Charles didn’t say a word to Daisy, but collected her husband and took him off home.

Inevitably this incident cooled Lord Charles’s ardor for the reckless Daisy, and he abandoned her to concentrate his energies on women who did not specialize in dramatics. But during the interim Lady Charles became pregnant. Daisy outraged that her lover had been unfaithful to her – with his wife – and convinced that the baby was legitimate as no one, in Daisy’s opinion,  could possibly be interested in the very unattractive Lady Charles, wrote a letter to Lord Charles.  It was quite a graphic piece of writing apparently. In it Daisy proclaimed her outrage at how he could have gone from her to the very unattractive Lady Charles, and for good measure reminisced about certain details of their physical love. Somehow or other, in the way letters rashly written in the heat of the moment often do, it was delivered to Lady Charles instead of to her husband. Who not only opened the letter and read it, but consulted her solicitor. 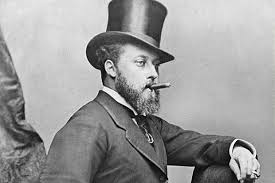 In a panic Daisy realized that the letter in the wrong hands and coupled with legal advice might very well be her downfall in Society went to her dear friend Bertie the Prince of Wales – who was to become King Edward VII. It was during this tearful scene with the gorgeous Daisy begging for help that Bertie fell in love with her.

Bertie was the consummate gallant, and completely besotted by Daisy went into action immediately. At 2 a.m. on a rainy morning he rousted the unfortunate solicitor from his bed and demanded to see the letter. Once read Bertie knew the dreadful thing must never come to light. The solicitor would not hand the letter over, so Bertie went to Lady Charles, who refused to return the letter to Daisy, unless Daisy was willing to take herself off to the Continent for the rest of the season. 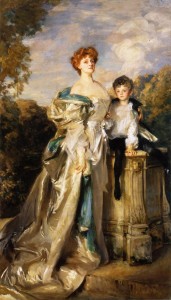 Bertie was not a man to threaten; he told Lady Charles that if she used the letter in any way whatsoever it might be her who would be ostracized by Society. Again Lady Charles refused to part with the letter. To the complete delight of London Society, who were fully aware of what was going on, Bertie made sure the Brooks were invited everywhere and assiduously cut Lady Charles from any function that involved him. Angry that his friend the Prince of Wales was snubbing his wife,  Lord Charles stormed over to Marlborough House and in a set to with the prince unfortunately gave him a shove and threatened to knock his block off! Luckily, Lord Charles was called away to sea in the service of the Royal Navy before he could do any more damage to his relationship with the future King, leaving his wife to stew on the sidelines of the London Season until she finally agreed to destroy Daisy’s letter.

And Daisy Brook? Well, she went on to become the extraordinarily rich Countess of Warwick and Bertie’s long term mistress.