THE ROYAL HOUSE OF WINDSOR

What’s In a Name?

During WWI (1914-1918) there was such anti-German feeling among the British people that King George V and his government decided to change the family name from Saxe-Coburg-Gotha to something more traditionally acceptable. What better name to take than the ancient castle of Windsor—parts of which date back to the 13th century. From 1917 onward Britain’s royal family have been styled the The Royal House of Windsor. 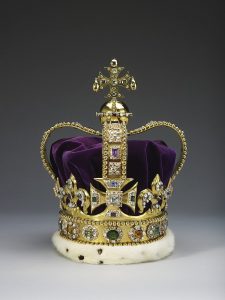 When Elizabeth and Philip married she took his name—Mountbatten. When she became queen their family was styled Windsor—not Mountbatten which caused Philip a good deal of resentment.

But inside the Windsor family life is not quite so formal: Philip called his wife of seventy years Cabbage. Derived from ‘mon petit chou’ the French equivalent of my darling.

Growing up Elizabeth’s close family and friends called her Lilibet, probably taken from her first attempts to pronounce her name as Tillabet.

Queen Mary, or Mary of Teck as she was known, was the queen consort to King George V and Queen Elizabeth II’s grandmother. Queen Mary had an undeniable passion for beautiful jewelry and was quite ruthless about how went about building a collection so remarkable that it is worth a fortune. For more on this great Windsor eccentric please see my blog: Queen Mary and the Vladimir Tiara http://www.tessaarlen.com/queen-mary-and-the-vladimir-tiara/ 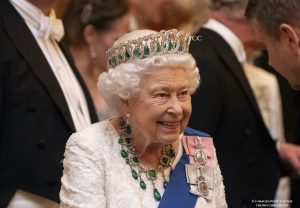 The queen’s only daughter, Princess Anne, was offered courtesy titles by the queen for her two children with Captain Mark Phillips, which she declined. They were termed simply Peter Philips and Zara Philips, now Zara Tindall.

Everyone enjoys a tipple now and then!

Although technically not a Windsor, King Edward VII (Bertie) great grandfather to the present queen, is endearing in his eccentricities and was a dedicated Edwardian bon viveur. He loved good food, beautiful women and the best champagne—and he indulged liberally in all three pleasures. Hosts were expected to provide twelve delicious courses for dinner with the perfect wine pairing for each one. After dinner it was to the card table, with a little supper and a glass or two before bedtime—the king’s current mistress was always invited wherever he went. 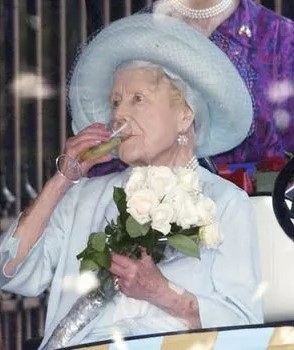 The queen’s sister, Princess Margaret, was a famed party-girl but she detested champagne and would pour it out in plant pots and wastepaper baskets if she was given a glass of bubbly. She drank scotch with a drop of Highland Spring water or splash of soda. Her good friends made absolutely sure that they had a bottle or two of her favorite blend: Famous Grouse when Ma’am darling came to stay.

Camilla Duchess of Cambridge has more elevated tastes—she is a wine connoisseur. Her father was in the wine business, so she was brought up like a little French girl: enjoying the occasional glass of wine and water.

Without a doubt King George VI, his wife, Queen Elizabeth, and his eldest daughter Princess Elizabeth were addicted to country sports:  stalking, shooting and fishing. And with those passions came horses and dogs. They were referred to the Tweedy Set. 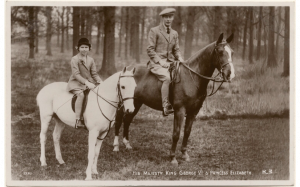 The Windsors still observe a strict calendar around country sports: stalking at Balmoral Castle; shooting at Sandringham and riding in Windsor Great Park when they weekend at Windsor.

Princess Margaret was not Tweedy she was more Chanel and Dior and singing and dancing.