Why does the Britain of the early 1900s intrigue and delight so many of us? 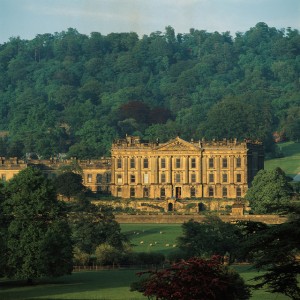 Today the great houses of Britain’s landed aristocracy with their vast, exquisite interiors and views of sweeping parkland attest to the power of rank and wealth of a bygone age. They also provide a stunning backdrop for elegantly clothed men and women with gracious manners who star in numerous costume dramas acquired for Masterpiece Theatre from the mother-lode of British television. We are presently enraptured by the first two decades of the 1900s.

Imagine you have been invited for a Saturday-to-Monday, as the Edwardians called a weekend, to one of their glorious country houses. Here is a little advice to bear in mind for your short stay, after all you might want to be invited back! 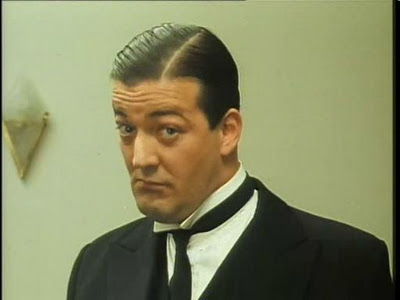 Whatever you do don’t alienate the servants: It is important not to underestimate how the Edwardians related to those who ensured their comfort and provided them with flawless and devoted service. Servants employed in the great houses were part of the family, but not of it; a sizeable distinction because it relies on generations of subtle understanding of the polite, but offhand tact, used by the uppers when they addressed the lower orders. Butlers, footmen and personal maids will be extraordinarily unforgiving if you wear incorrect attire for the country, and cruelly punishing if you are either patronizingly familiar or arrogantly dismissive. So beware! The butler and the housekeeper will be far more intimidating than the charmingly eccentric dowager duchess or that affable old colonel you will be seated next to when you arrive in time for tea. 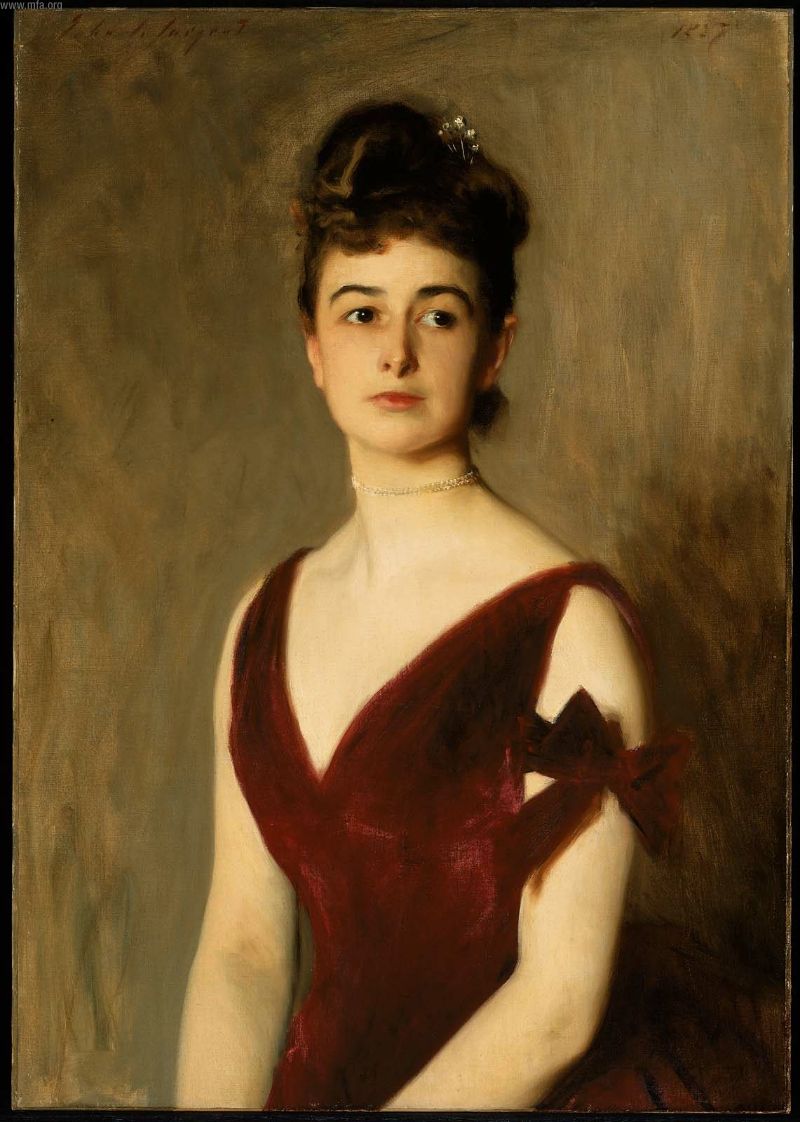 Your Edwardian great-grandmother would have been able to give you some good advice. Huge pointers for your comportment this weekend would be restraint, restraint, and more restraint in a way we can’t begin to imagine today. Your great-grandmother would be the first to remind you to lower your voice to a well-modulated murmur, that it is rude to interrupt, or even be too enthusiastic. Do not comment on your surroundings, the magnificence of the house, or marvel at the deliciousness of your dinner. You are not on a ‘girls’ night out’, no matter how confiding and wickedly risqué your new Edwardian girlfriends appear to be, or how many glasses of wine the footman pours for you at dinner. So sorry I meant to say self-restraint – just place your hand palm down over your wine glass to indicate no thank you, when you feel a delighted shriek start to emerge.

This was a time when women were treated like goddesses . . . then they married and were kept at home to incubate an heir and a spare. While the men at your country house weekend enjoy shooting and 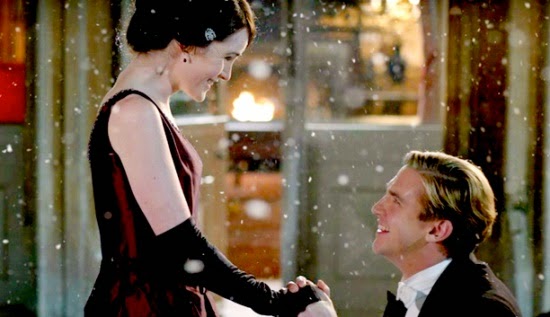 fishing, you encouraged to watch and applaud, but not join to in. When they sit back to their port and a cigar after dinner your hostess will beckon you away with the other women – important that you go with them. Despite the luxurious existence of the early 1900s, most women today would find it impossible to live the hidebound, restricted life of early 20th century women. So after you have lugged in the groceries after a hard day at the office, made dinner and then helped the kids with their homework before putting them to bed, just in time to collapse on the sofa to catch an episode of Downton, try not to sigh too deeply when Mathew Crawley goes down on one knee in the swirling snow to propose to Lady Mary. Most of us would have been Ivy slogging away in the scullery and not Lady Grantham reading a novel in the drawing room! 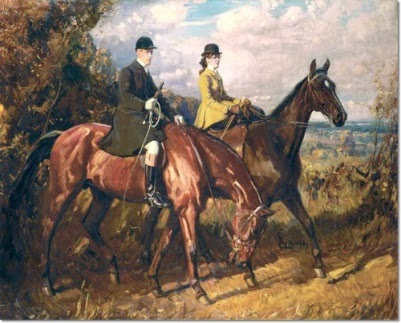 Did the Edwardian Shangri-La portrayed in Downton Abbey really exist at all even for the upper classes? The short answer is ‘Yes’ if you were Lord Grantham and not his valet. If you have a problem not seeking to right the inequities of life, then don’t get on that train at London’s Marylebone station for the country. Certainly there were drunken, abusive husbands, negligent and thoughtless parents, spendthrifts and philanderers in the Edwardian age . . . and wronged wives looked the other way. The trick to coping with the darker side of human nature, if you were of society, was that it must never be referred to, never confided and most definitely never publicly acknowledged. However if you are an egalitarian at heart and social ostracism doesn’t bother you too much, you might join Mrs. Pankhurst’s suffragettes and militantly proclaim your opinions. I have heard that Holloway Prison was equipped with a special wing for militant members of the WSPU 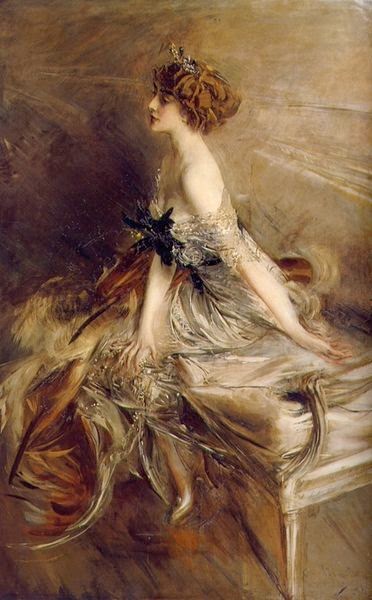 The third housemaid will unpack your trunk for you – five changes of clothes a day for three days need an awful lot of tissue paper. Here’s a titillating scrap of fresh society gossip to share with the company – gossip was the spice of Edwardian life. Gladys, the Marchioness of Ripon, an ultra-sophisticate with a ‘past’ was a wonderful example of the Edwardian double-standard and loved to gossip with her close coterie of friends. Alone in her lover’s house one day she discovered a pile of rivetingly indiscrete love letters written to him by one of her social adversaries, Lady Londonderry. Gladys swiped the lot and generously shared the juicy bits – read aloud after dinner – with her closest friends. After the fun was over she honorably returned the letters to their author at Londonderry House ─ when she knew husband and wife were dining alone. The butler approached his Lordship and handed over the ribbon-bound bundle. After studying the contents, in silence, Lord Londonderry directed him to carry the letters to the other end of the dining table. Silence still reigned as Lady Londonderry came to terms with her awful predicament, a silence that was never broken between the two of them again. Far worse than having an affair, Lady Londonderry had ‘Let down the side.’ Adultery was a fact of life, indiscretion unforgiveable; to be the subject of common gossip shameful and the scandal of divorce out of the question. Lord Londonderry never spoke to his wife in private again, and maintained a distant, cold courtesy to her in public for the rest of their long marriage – so much more entertaining than a splashy tabloid divorce!

This entry was posted in Politicians, Royalty, Servants, Socialites, Uncategorized. Bookmark the permalink.