Poppy Redfern and the Fatal Flyers

You’ll love this character so much you’ll want her as your best friend. I know I do! I can’t wait for the next Woman of WWII Mystery! ” —Alyssa Maxwell, author of the Gilded Newport mysteries and a Lady and Lady’s Maid mysteries 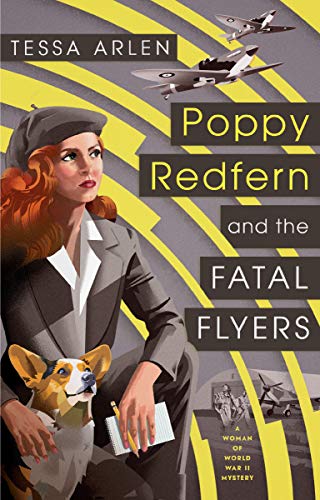 It is the late autumn of 1942. Our indomitable heroine Poppy Redfern is thoroughly immersed in her new job as a scriptwriter at the London Crown Film Unit, which produces short films featuring British civilians who perform acts of valor and heroism in wartime. After weeks of typing copy and sharpening pencils, Poppy is thrilled to receive her first solo script project: a ten-minute film about The Air Transport Auxiliary, known as the Attagirls, a group of female civilians who have been trained to pilot planes from factories to military airfields all over Britain.

Poppy couldn’t be more excited to spend time with these amazing ladies. But she never expects to see one of the best pilots die in what is being labeled as an accident. And when another Attagirl meets a similar fate, Poppy and her American fighter pilot boyfriend Griff believe foul play may be at work.  They soon realize that a murderer with a desire for revenge is dead set on grounding the Attagirls for good…

Advance Praise for POPPY REDFERN AND THE FATAL FLYERS 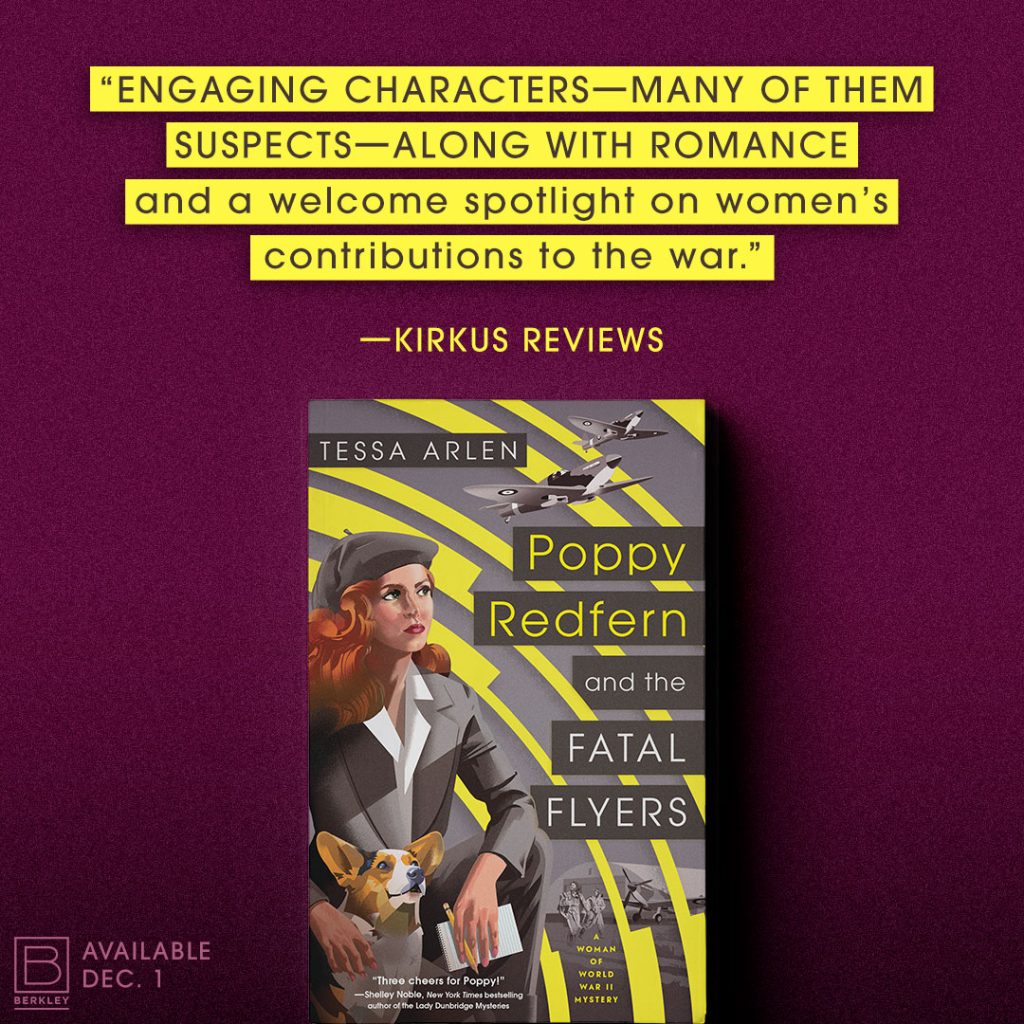 “Arlen conveys so strong a sense of time and place that the reader will feel as though they have stepped into an episode of Foyle’s War. A must-read for fans of an era that still holds us in its thrall, a desperate time met head-on with dignity and courage.” Booklist (full review available for Booklist subscribers only here

Releases December 1, 2020 and available for pre-order from

Praise for Poppy Redfern and the Midnight Murders

“The author presents an English village peopled with strongly individual characters given to gossip, intolerance, warmth and mutual support.. . It’s as if the author is addressing the reader individually, inviting each of us to share moments of humor with her, including us in the poignancy of certain moments and sensing we will understand how annoying some people can be.. . This personal touch and warm understanding were an unexpected pleasure. Highly recommended.” – Editor’s pick, Historical Novel Society. Full review available here.

“Arlen deserves several thumbs up for this one. . . along with capturing the ambiance of the era, Arlen also has the
gift of keeping the reader guessing.  Just as one likely suspect steps to the fore, another pushes him or her
out of the way. A fine start to a new series. ” Ilene Cooper — Booklist.

“Vivid settings and high emotions keep the suspense at fever pitch, but it’s the characters that make Arlen’s series kickoff such a stunner.” – Heather Seggel,  BookPage

“History, suspense, and an appealing heroine combine in a series debut that should attract war buffs and many others.” – Kirkus Review.  Read full review here

“Absolutely smashing! Arlen pens a dynamite beginning to a new series, filled with wartime suspense, skillfully wrought emotions, and a liberal dash of romance. Readers will fall in love with clever and quirky Poppy Redfern and the colorful villagers of Little Buffenden, as well as their dashing new neighbors—the American Airmen.” – Anna Lee Huber, bestselling author of the Lady Darby Mysteries